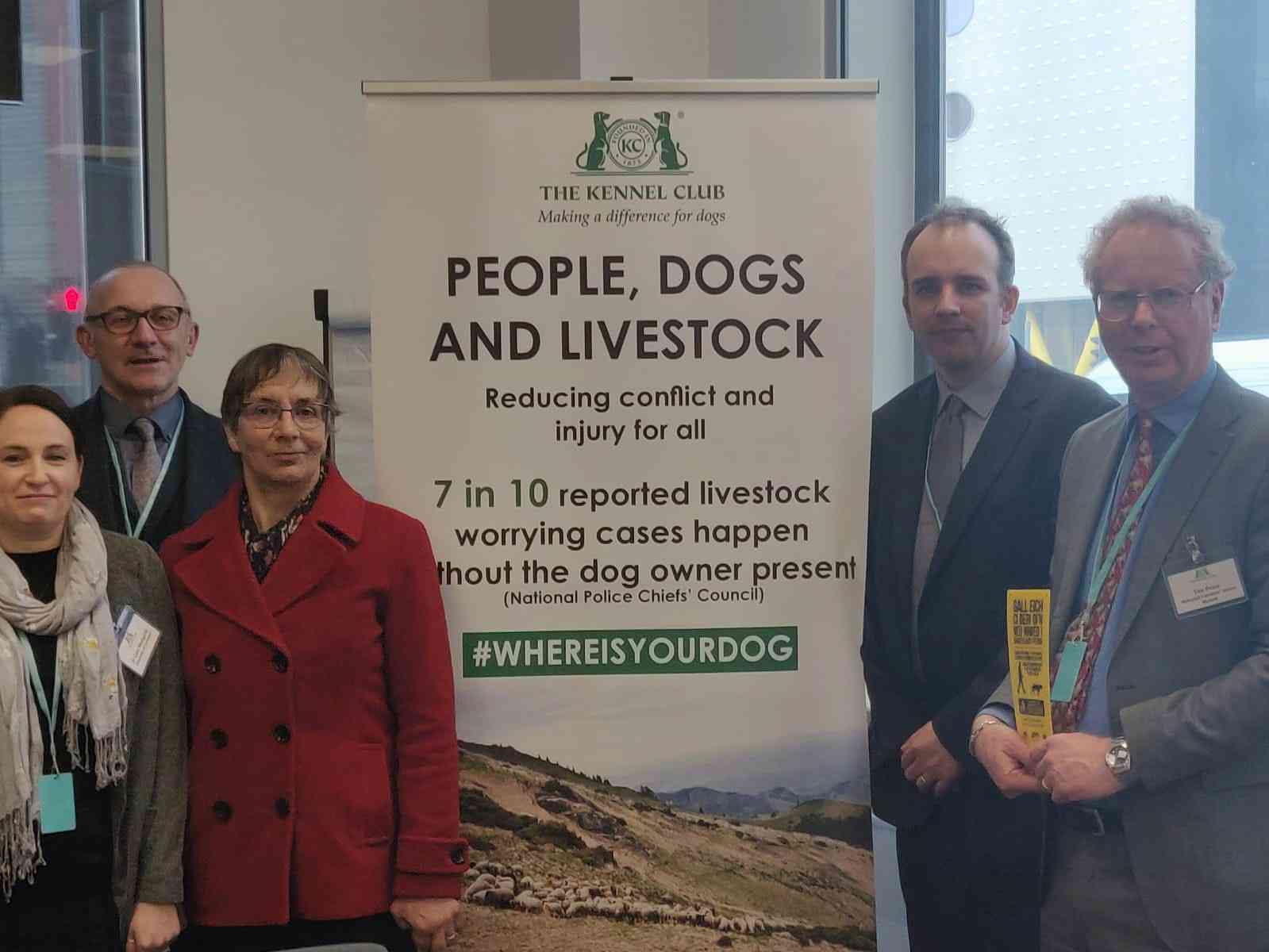 With the lambing season upon us, the Kennel Club launched its #WHEREISYOURDOG campaign at the Welsh Assembly following evidence from North Wales Police which shows that approximately 90 per cent of livestock worrying incidents in the region are caused by unaccompanied dogs.

With North Wales regarded as one of the biggest ‘problem areas’ for livestock worrying incidents, the Kennel Club hosted the event to raise awareness of the importance of dog owners always knowing where their dog is, and highlighting the risks that escaping dogs pose to livestock.

Whilst 95 per cent of owners put their dogs on a lead when they see a credible sign that livestock is present, a recent report by NFU Mutual indicates that 52 per cent of dog owners are allowing their dogs out unaccompanied in local gardens – and subsequently some then escape, with as many as one in six dog owners admitting their dog had previously escaped.

The event brought together animal welfare organisations, farmers’ unions and Assembly Members to discuss how messaging to dog owners and farmers could be improved to address dogs escaping from local homes and free-roaming. To stop all responsible dog walkers getting a bad name, it needs to be made clear that it is dog owners who let their dogs out unaccompanied that pose the biggest risk – not only to livestock – but also to themselves as their dog may not make it home.